GERMANY - Koelnmesse reacted critically to Messe Frankfurt’s announcement on September 21, 2020 that it would not hold any physical trade fairs until the beginning of April next year. 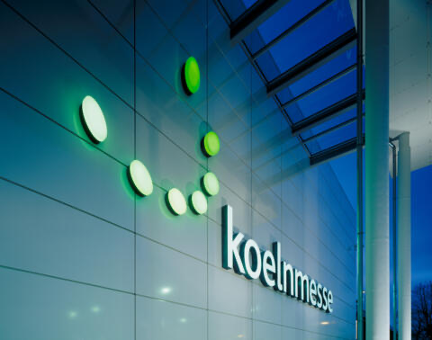 Gerald Böse, Chairman of the Management Board at Koelnmesse, said of the decision made by his Frankfurt colleagues: “The timing of the Frankfurt decision is surprising, precisely because the trade fair market is currently also reviving in Germany. But every trade fair location has to face the effects of the pandemic in its own way and make its decisions according to the specifics of its own portfolio. In Cologne we are of course still sticking to our plans to hold trade fairs on our premises again soon. These plans have been discussed and coordinated intensively with our exhibitors and visitors.”

And Oliver Frese, Managing Director and Chief Operating Officer of Koelnmesse, commented on the same complex topics: “In North Rhine-Westphalia our colleagues in Düsseldorf have just shown with the Caravan Salon that trade fairs are feasible again under certain conditions. We will also proceed in accordance with the needs of the individual industries for each individual event. We do not expect to reach the international dimensions of the previous events right at the beginning of the new year. Participation will be much more focused: at the art fairs in November it will be more oriented towards the German market, at the IMM Cologne in January, for example, it will be strongly Europe centered. But the trade fairs will take place.”

In the furniture industry, Koelnmesse is the force behind interzum, interzum Guangzhou, interzum Bogotá, ZOW, Orgatec, imm and LivingKitchen.