BRAZIL - Entities will continue to act according to their statutes and nomenclatures, but with a single operational team. 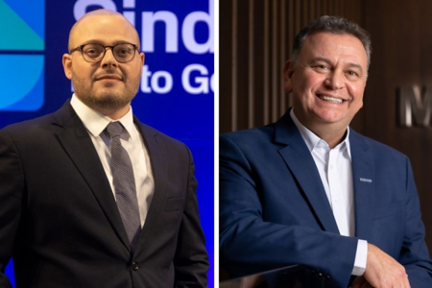 In the last five years, the entities have strengthened their ties, acting together in political and administrative demands in favor of the furniture industry, especially after the inauguration of the new Bento Gonçalves Business Center, which was opened in 2017 and started to bring together several business entities, among them Movergs and Sindmóveis.

The administrative merger was decided by the boards and boards of Movergs and Sindmóveis, currently chaired by businessmen Rogério Francio and Vinicius Benini, respectively. The decision takes into account the need to optimize the entities' human and financial resources.

Sindmóveis was created in 1977 to represent the furniture pole of Bento Gonçalves and works by tying the ends of the chain so that the entire sector can develop with consistency and value proposition. Knowledge, innovation and integration generating business are the pillars that support Sindmóveis. Proof of this reality is the promotion of the largest furniture fair in Latin America, Movelsul Brasil, also held since 1977.

The main projects of the entity are the realization of the Salão Design Award since 1988, considered the great Brazilian design award for professionals, students and companies; the Orchestra Brasil Export Project, which promotes exports from the furniture industry's supply chain; and Projeto Raiz, responsible for developing actions that meet the commercial needs of Brazilian design for the foreign market. Movergs, founded in 1987, represents the wood and furniture production chain in the state of Rio Grande do Sul. It acts with the important mission of representing the interests of the wood and furniture production chain, directing its efforts to contribute and guarantee competitive tools for the development of its members. Movergs is the director of two major projects that further strengthen the role of the furniture industry in Rio Grande do Sul: FIMMA Brasil, one of the largest fairs in the segment in the world and the Movergs Congress.