Brazil’s furniture production reacts in May and June

BRAZIL - With the gradual return of activities, after a period of quarantine with closed industries and reduced personnel, the Brazilian furniture sector started to react. 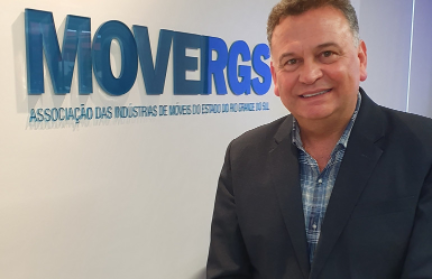 The data is in the report “Situation and external trade of the furniture sector in Brazil”, with data for May and June, produced by IEMI-Market Intelligence, at the request of the Association of Furniture Industries of the State of Rio Grande do Sul (Movergs), organizing entity of FIMMA Brazil.

Furniture production in Brazil was 22 million pieces in May, which represented an increase of 53.4% compared to the previous month. Rio Grande do Sul, the main national furniture cluster, also registered a rise of 42.1% in relation to April.

In both May and June, furniture exports from Brazil presented a positive response. While in May a rise of 25.9% was recorded totaling USD 36.4 million compared to April, in June there was an increase of 18.9%.

In June, the United States led Brazil's furniture exports as its destination with 41.1% of the total, followed by Uruguay with 9.9% and the United Kingdom, with 9.5%. During the period Canada presented notable export growth as compared to the previous month.

According to the President of Movergs, Rogerio Francio, from June, the companies began to come back to the almost normal return of activities.

“I think we will also get through this moment. We hope that in the second half of the year we will be able to intensify this resumption already indicated and we will recover the losses of the first half. In June we already began to verify a positive movement, especially for the foreign market. Already in the domestic market, the online segment is very strong, which gives encouragement to entrepreneurs”, he points out.