PERU - Tableros Peruanos S.A. (Tapesa), Peru's only particleboard manufacturer (PB) has been ordered into liquidation. The company, founded in 1973 and subsidiary since 2006 of the Gloria Group, produced raw and coated particleboard under the Maderba brand. 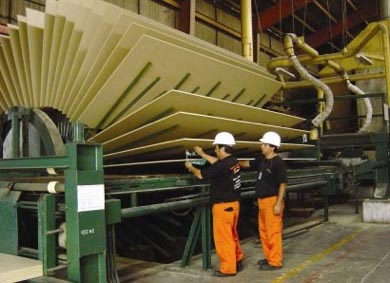 On January 24, Gloria Group S.A. informed the Peruvian securities authorities through a “Material Fact” the decision taken by Tapesa’s Creditors Board to liquidate the company.

Tapesa operated a plant with a production capacity of approximately 60,000 m3 / year in the city of Trujillo, capital of the department of La Libertad, in northern Peru. The plant, located on a nine-hectare site surrounded by sugar cane plantations - in this region are located the country’s main sugar mills - offered a strategic location since for the manufacture of its PB, Tapesa used a combination of pine, eucalyptus and sugar cane bagasse.

In the domestic market Tapesa’s main competition was PB imports from Ecuador and Chile, and more recently particleboard imported from Spain as a result of the acquisition of a PB plant in that country by the Martin Group of Peru. Group that until that investment was in previous years one of Tapesa’s main clients.